National Christian Development Organization (NCDO) was conceived late 2004 but it came to existence in September 2005 when the visionaries came together in union inspired by the need of the Nuba people and the sudanese for provision of quality services from education, water ,and sanitation, agriculture, construction, carpentry and mechanical work to the people of Nuba mountains. It was registered with SSRRC/HAC in South Kordofan State since 2007. And Now is registered as one of the national voluntery Humanterian Orgnations in Sudan with the ministry of Humanterian afairs.Humanterian Aid Commission

Our vision is ''to see Sudanese transformed, United and have a brighter future". Our mission is "to provide clean and safe water, formal education, community training and agriculture support in a holistic approach to all the recipients without racial, political, gender or religious discrimination".

Following the indepence of South Sudan in July 2011, NCDO administration planned to split the organization into two, NCDO-South Sudan and NCDO Sudan. the two will be separate but managed through shared leadership. Currently NCDO- South Sudan share office with three more local partners (RAAH, CAWP and CAD) the four have formed a consortium known as"The National Orgnization Consortium" its Head office is in Juba town.

However, NCDO-Sudan still remain operational and mostly operate in the South Kordofan state in Provision of water, community training and hygiene promotion including relief support to vulnarable people.

NCDO field office in Tima- Lagawa county where most of the implementing staff are located for the moment is the only organization left in the area and is doing grate work amidst the people. NCDO staff 2007 below!! 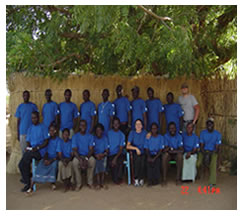 NCDO had its main activities in Western Jebels( Nuba) in the areas of Lagawa and Dilling counties. Later on extended the activities to Lagawa locality and other parts of Nuba Mountains. Our main activities are water and Sanitation, Nursry, Secondary and Special needs Education, community empowerment and post war trauma counseling. Soon or later, NCDO will be extending its programs to some of the priority areas identifies by the governmnet of South Kordofan State. With main being Alfulla. NCDO will still be watchful in identifying other needy places where it can extend its intervensions through funds from its donors or partnership with other INGOs or NNGOs.

NCDO has also started a small project in Lagawa county of constructing 100 biosand water filters. The project is sponsered by WATER FOR ALL. Although access to the area by international staff is not possible, NCDO had the privilage of training the local Nuba staff who are currently managing and carrying out the project. There are a lot of obstacles in the area since most of the roads connecting to the major towns of Dilling and Lagawa are closed. but the team is using some of the materials like cement which NCDO had secured enough before the out brake of the war. The filters will serve one hundred house holds ( over 800) beneficiaries mostly those with no access to clean borehole water. So far over 25 filters have been constructed and the project is believed to be completed by December 30th 2011 if the setuation will continue to be normal 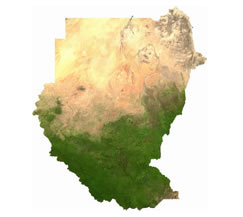